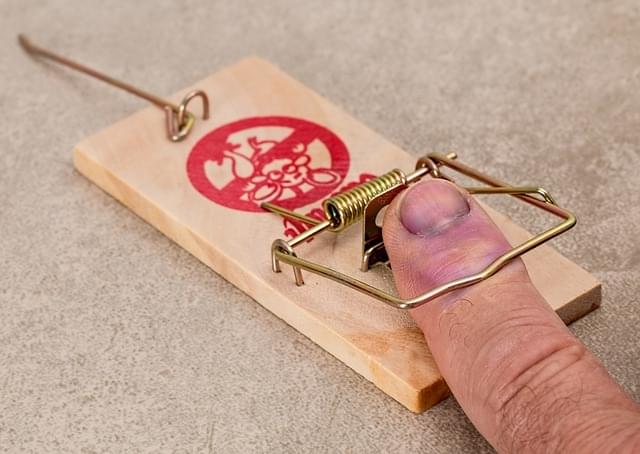 Identifying The Trap The World Put Us In
and Why It’s Not Our Fault.

We’ve been trained from the start to be good employees. . .  Think about that for a moment.
Not to be wealthy, or successful or to have an original thought.
Just to show up for 8 hours, do our job well, and draw a paycheck.
How do I know this?
Just look at the systems we were trained in:
SCHOOL
As we all know, the educational system is designed to create great employees.
This works well to give the masses a baseline of skills.
But, leaders or creative visionaries (think Walt Disney or Albert Einstein) often struggle because there is not a whole lot of room to do things “outside the box.”
If your real gifts lie in motivational speaking, helping those in need, acting, art, music, etc. you had to have uncanny luck to have been successful in school.
As long as you keep status quo and don’t make waves, you get through.
Whether you are top of your class or a “C” student, your success depends on your ability to do it they way your instructor or “boss” wants it done.
Stick to the system, there’s only one right answer, True or False, right and wrong.
You may even be looked down on if you are an overachiever.
You may also just be bored with the system and day dream or not even turn in projects because you feel your creativity is stifled.
As we rise through the system, we quickly realize that only those who are at the top are going to get into college.
Then only the best of the best in college make it to Law School or Medical School and only the best of those get the best jobs.
See the pattern here?
What about those who are second, twenty second or two hundred and twenty second.
We become employees, deemed not good enough to lead, but good enough to give our lives building somebody else's dream.
There is no room for everyone to be at the top when there is only one Valedictorian.
If not everyone can be at the top, that leaves the majority feeling like they can’t win.
SPORTS
No where is this made more clear to us than in the field of athletics.
Whether it’s Football, Baseball, Basketball, or Golf, there is only 1 winner and everybody else loses.
Not only do they lose, but the losers aren’t even remembered or honored. Just ask anyone who’s lost a Superbowl.


Jon and Trina are experts at helping high achievers and top performers create sustainable and predictable success.  Their Sustainable Success System trains clients to break through their OWN obstacles so they can unlock their passion, finally live into their full potential and create a MASSIVE IMPACT in the world.  If you are interested in learning more about creating lasting success in your own life, business or relationship, please reach out and request a free strategy session today!